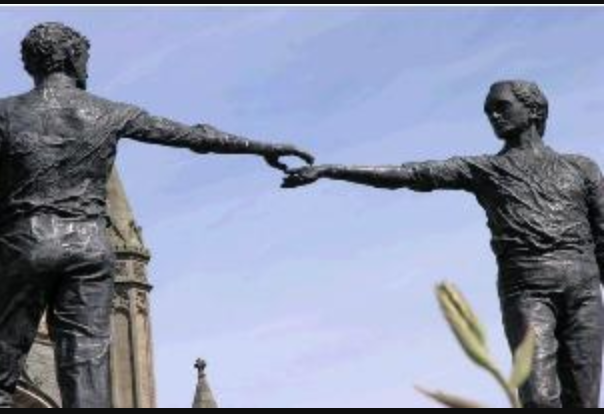 It’s been another interesting week.  The theme for this newsletter emerged after attending the PA Chamber of Commerce Dinner this past Monday evening.  The keynote speaker was Chris Wallace who moderated a discussion between former Obama White House Press Secretary Jay Carney and former Bush II Chief of Staff Andrew Card.  Their topic was simply, “Perspectives From the West Wing”.  Prior to the discussion, former Governor and Director of Homeland Security Tom Ridge set the stage for the presentation of the Inaugural Allegheny College Prize for Civility in Public Life. It was presented to Alan Novak and TJ Rooney, former chairs of Pennsylvania’s Republican and Democratic state parties, intense rivals who rarely agreed but always displayed civility.  Ridge remarked, “The tone and tenor of the conversations in Washington and, frankly, in many centers of government across the country  have become increasingly more poisonous.  Civility is vanishing, and the consequences are great.” Ridge’s comments were then echoed by a close friend who attended the program with me.  Tuesday evening he remarked, “After last night I’ve been thinking more about civility!”  I replied, “And you have concluded?”  He responded, “It’s the missing key to our survival!”  Comments made by our President and others over the past few days have reinforced the timeliness of this piece.  What has happened?  Since when did embracing the first amendment also become license to incivility and what purpose does that serve?  Let’s consider that idea.

Is Civility Dead in America? Thomas Plante, a professor at Santa Clara and Stanford Universities considers that question in his Psychology Today post of July, 2016.  He shares that President George Washington in his publication, Rules of Civility and Decent Behavior in Company and Conversation, offered an instruction that included “every action done in company ought to be with some sign of respect, to those that are present.” Some might say that his words reflected a simpler time.  I disagree.  It was an era filled with strong feelings and emotions as a new nation emerged.  Plante shares research revealing that, “Mental and physical health, worker productivity, employee retention, and customer relations, all greatly suffer when work and social environments are uncivil.”  He continues, “…… observational learning theory suggests that when leaders and those held in high esteem in our culture behave in uncivil ways their behavior is modeled and repeated by others.”  What can be done?  He identifies behaviors we may wish to embrace including:

• Focus on facts rather than beliefs or opinions

• Focus on the common good rather than individual agendas

• Disagree with others respectfully

• Have an openness to others without hostility

• Be respectful of diverse view and groups

• Seek a spirit of collegiality

• Offer productive and corrective feedback to those demonstrating uncivil behavior

Some great ideas here, some that I will incorporate into my own behavior, and a full list that should be shared with “Leaders and those held in high esteem” currently in the news!

Did you know that there is a sense that Incivility in the US is So Intense, American Feel Safest at Work?  Nicole Spector, a contributor to NBC, cites a recently released survey, Civility in America VII:  The State of Civility prepared by KRC Research.  The survey reveals that Americans are currently experiencing incivility in almost every facet of life including on the road (56%), while shopping (47%), and in the neighborhood (25%).  75% of Americans agree that incivility has risen to the crisis level with 56% expecting it to get worse over the next few years.  The light at the end of the tunnel?  86% of employees say their current place of employment is civil and nearly two-thirds (63%) agree that people at work are more civil than those outside of work.  73% indicated the people they work with are always or usually civil to others.  What creates these positive workplace environs?  What is it that makes the workplace a more civil environment?  Spector identifies two key findings:

1 While at work there is an unwritten rule that workplaces are political-discussion free zones.

2 Standards of Civility are set by the CEO’s behavior.

Spector concludes her post with thoughts from Lew Bayer, co-author of “The 30 Percent Solution: How Civility at Work Increases Retention, Engagement and Profitability” who believes that, “ Civility entails a kind of domino effect. One positive interaction may lead to another, and then another, and so on. If you generate good vibes in the office, it will likely lead to more civil interactions outside the work place.” Something for each of us to implement tomorrow!

I saved the best for last.  Why the best?  Because it is a commitment to civility by a United States Senator,  something we desperately need in Washington.  Hopefully he holds true to his commitment.  Writing in Time, Senator Orrin Hatch (R-Utah) posts, “I am Re-Committing to Civility.”  Hatch begins his post by citing three incidents of politically-related, violent incivility that occurred over the past few months and then states, “Events such as these add to the growing sense that something is broken in our politics.  Something that once moderated our partisan feelings and bridled our baser instincts has gone missing in an era of unprecedented polarization.  Something fundamental to our civic culture has been lost amid the chaos and disruption of the Information Age. What has been lost?  Civility! “  The Senator continues issuing a warning, “Our nation cannot continue on its current path.  Either we remain passive observers of the problem, or we endeavor to act, to make the necessary changes – in ourselves, in our families and in our communities – that will lead to a more civil, prosperous society.”  To bring about this change, the Senator makes three recommendations:

1 Speak responsibly – Words have consequences.  We must each take responsibility for our we say. We must refrain from “ dehumanizing, demeaning or unfairly disparaging”.  We must restore “ sense, decency and proportion”.

2 Practice Media Mindfulness – “An imbalanced media diet shrinks our perception of reality, which in turn limits our capacity for empathy and our ability to engage civilly with others.

3 Venture Beyond Comfortable Social Circles – It would seem that increasingly we sort ourselves socially based on ideology and lifestyle.  This serves to increase polarization over time.

The Senator ends with a powerful statement, “  Today, I want to make a personal commitment to exercise greater civility in day-to-day interactions with fellow Americans.  I hope you will join me in doing the same.”

Now that’s a Challenge to Embrace!  Have a great week!