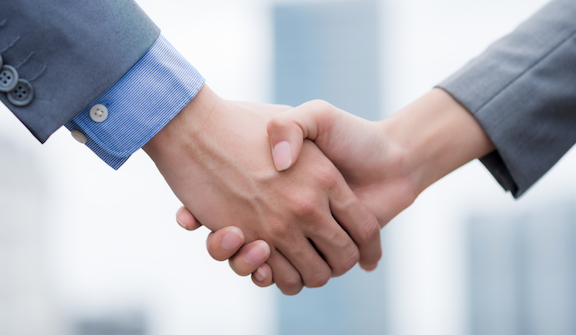 I hope the first week of the new year was a good one for you and that it sets the tone for the year to come. Hopefully you had a chance to reflect and let your learnings and experiences guide you as you set the course and embarked on this new journey we call 2018. I hope it’s your best year ever.

This week’s post will be a little bit more interactive. You will need a piece of paper and a pen or pencil to continue. Ready? OK, here we go. Old movies will set the stage for our theme. Let’s get started. What piece of advice does Julie Andrews give the Von Trapp children when they tell her they don’t know how to sing or read music. Write it down before you read any further. The answer is found in the first set of lyrics of the song, Do-Re-Mi (“Let’s start at the very beginning, it’s a very good place to start!”) Next question, including the current film “ Rogue 1”, how many Star Wars movies have been released. If you answered 10, you are two short. For the third question let’s go back to the very beginning, because it’s a very good place to start . In the original Star Wars what is the advice that Yoda gives Luke when he says, “All right, I’ll give it a try” in response to a task Yoda has set forth? (Hit this link to see if you got the answer) In essence Yoda is asking Luke to make a commitment. So let’s consider the themes for this post, “ Commitments” and “Putting Our Words to Paper”.

Keep that paper and pencil handy. First question – When used as a noun, what does the word “Commitment” mean to you? Did you write it down? Good! Second question, what word is a common synonym for the word “commitment”? OK, last part of the activity. Write down three commitments (they can be anything, work family, social) you made this week. Here are my questions? Did you keep them? Are you prone to keep some commitments more than others? Does putting a commitment in writing improve the chances of it being done? Have you used the phrase, “I’ll try” as part of any commitments you make? Was your answer to the second question, “Promise”? Would your answer to the first question been different had I used the word “promise” instead of commitment?

The word “Commitment” is defined by Merriam-Webster as an agreement or pledge to do something in the future. One of the more common synonyms used is “Promise” . Is there a difference? Some feel that the word, “Promise” makes it more personal. I don’t think so! Whether it be a promise or commitment the ability to deliver on the pledge is critical from both a personal and professional perspective. Ronni Hendal-Giller considers this from the professional perspective in her post,” The Power of Promises to Increase Accountability” Hendal-Giller begins her post by proposing that when people do not see through on commitments, what seems like a lack of accountability is actually a lack of clarity. She states, “ Clarity is establish largely through language – and most of us are quite imprecise with our language.” She then considers the work of Fernando Flores who does an excellent job developing the idea of what a promise is, the importance of promises, and interestingly the three types of promises:

• The “Shallow” Promise – One we make without being absolutely sure we can deliver (“I’ll try to have it to you by the 20th!”)

• The “Criminal” Promise – Promises me make and have no intent of delivering on. (Yes, I’ll be home for dinner by five!”)

• The “ Strong” Promise – Those we are absolutely sure we can deliver on (“You have my word. I will move on this today!”)

Flores reminds us that one of the most powerful ways for leaders to ensure that promises or commitments are strong, is to model this behavior. This idea is summed up in another short, powerful post by Frank Sonnenburg. He reminds us, Honor; Your Word is your Bond. Wear your honor on your sleeve!

Speaking of words, are you familiar with the Latin term, “ Promittere”? Earlier this week I saw a morning interview with a young man by the name of Alex Sheen, founder of a social movement and non-profit dedicated to the betterment of humanity through promises made and kept. Sheen founded the non-profit in honor of his father. His description of his father is noteworthy. “ He was an average man. He was a pharmacist. No recognition. No fame. But for everything that made my father “average” and “everyday” there was one thing he did exceptionally well. He kept his promises. My father was a man of his word.” Sheen’s TED Talk provides a moving overview of the evolution of his organization and the importance of keeping promises. He also outlines a unique approach he uses to help us adhere to the words. I strongly encourage you to take the time to watch this presentation! It’s powerful and it can make a difference in your life because you will come to understand the true importance of the words, “Because I Said I Would!