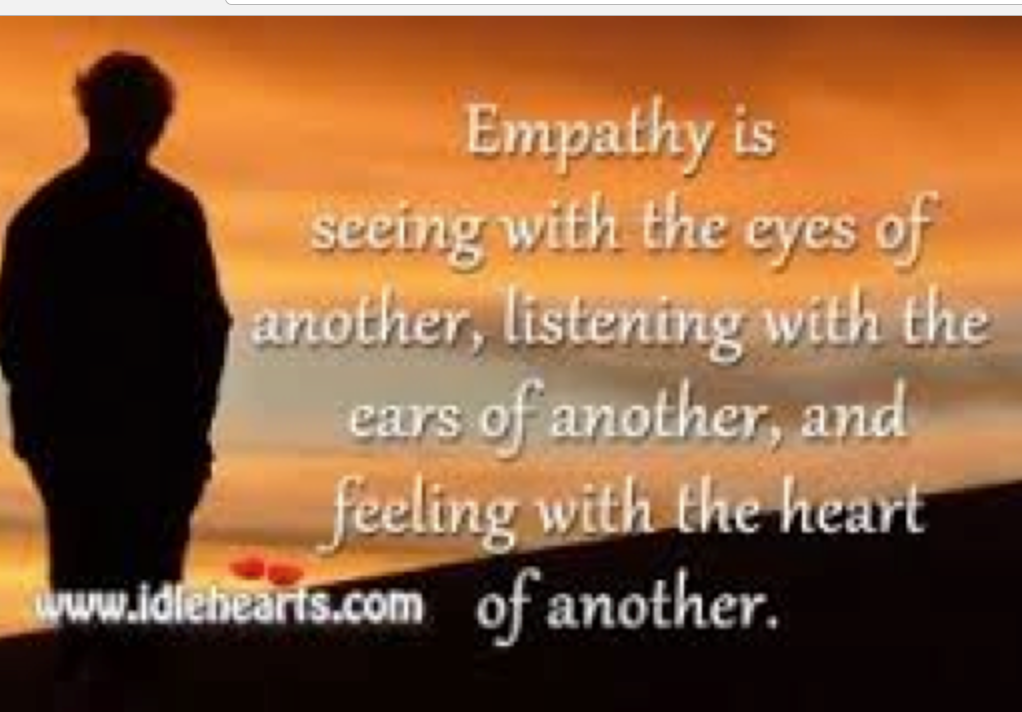 We have a new President!  It’s interesting how events can call out and help direct your actions.  Let me explain.

Last week one of our readers followed-up on the Healthy Tension email.  He suggested we consider the topic of “Emotional Intelligence” (EI).  Well, Friday’s inauguration caused me to reflect on what I have heard and seen since the election. I listened to President Trump’s speech, heard the media’s reaction and watched Saturday Morning’s March. That being said, the suggestion could not have been better timed, as now, more than ever, an understanding of the importance of EI is critical.

Let’s begin by considering a thought from the work of Daniel Goleman.  In the first chapter of his book, Emotional Intelligence, Goleman’s opening is almost prophetic, “Beyond this possibility looms a moral imperative.  There are times when the fabric of society seems to unravel at ever-greater speed, when selfishness and violence, and a meanness of spirit seem to be rotting the goodness of our communal lives…..And if there are any two moral stances that our times call for, they are …… self-restraint and compassion.”

Goleman’s work has created a whole new perspective on not only what constitute’s intelligence, but on what constitutes effective leadership. Within his book, Goleman examines the ideas of non-defensive listening and speaking.  He states, “The most powerful form of non-defensive listening is empathy.”  I read two articles this week that further developed this idea.  The first, Why You Need to Talk Less and Listen More by Susan Steinbrecher, considers the workplace impact of poor communication.  Within the article she examines four interpersonal skills, that when used properly, help neutralize negative emotions and subsequently support the achievement of meaningful alignment when engaging in high stakes discussions.

The second article came from a revisit to one of my favorite books, Leaders Eat Last by Simon Sinek.  If you will recall, an earlier mailing, Leadership is not About Being in Charge,  considered Sinek’s work and his belief that, “We each have a biological need to be part of an altruistic organization”.  An article he wrote two years ago, “Why the Empathetic Leader is the Best Leader” considers the role of empathy as perhaps, “the most important tool in a leader’s toolbox”. Is it part of your’s?

Finally, on Tuesday of this past week, local leadership coach, Joni Naugle, presented, “Developing Emotional Intelligence for Success” to an overflow audience at the Reading Doubletree.  Her presentation provided participants with a better understanding of why EI is a key component of successful leadership, “It’s a key characteristic of leadership. Emotional intelligence is not about controlling your own emotions, but perceiving them in others.” Joni also published an article in the Winter edition of the Chamber’s, Women to Women, that does a great job providing an overview of the four components of EI; Self-Awareness, Self-Management, Relationship Management and Social Awareness.

Wow, a lot of signs why our EQ is as important as our IQ.  As I was finishing this mailing, I was reminded of a song I heard a number of times during the holidays, Sung by Vince Gill, “Let There Be Peace on Earth“, reminds us that peace, whether it be in the world, our country, our community, or in our home, begins with us.  It begins with a willingness to listen and be empathetic.  Let’s all try to practice this. Have a great week and Embrace the Challenge.