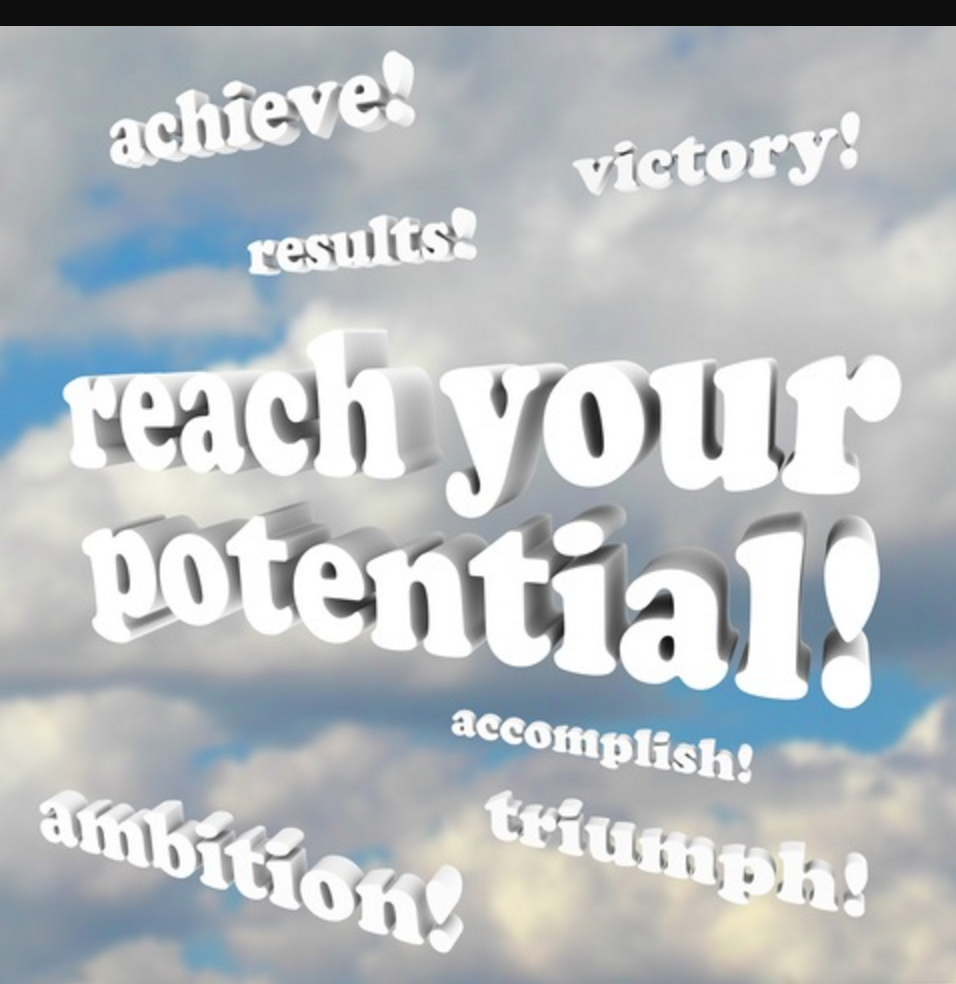 “Potential is like a bar of gold at the bottom of the ocean, it has no value until it is brought to the surface.”

It’s been almost a year!  July 1 will mark my first year of retirement. Is it what I expected?  No, it’s better!  Retirement has afforded me the gift of time.  It’s  enabled me to pursue new experiences and opportunities.  It’s enabled me to volunteer and give back to my community, but most important, it has returned me to the role of a learner and fostered a desire to pursue new pathways and discover my own leadership potential in this new segment of my life.

Let’s begin with a definition.  What is meant by “Leadership Potential”?  How can you tell if someone has it?  Is it a set of characteristics or scores from some inventory?  The Bridgespan Group, a global non-profit organization that collaborates with individuals and organizations to break cycles of poverty, considers this idea in a recent post entitled, “What Leadership Potential Really Means” .  The authors propose that organizations seeking to identify internal candidates to fill the leadership pipeline seek candidates demonstrating three characteristics:

1 Aspiration:  An intense desire for things like results, advancement and influence and a willingness to make trade-offs in other areas to achieve this.

2 Ability:  The combination of innate characteristics and the necessary skills to carry-out day to day responsibilities

3 Engagement:  A demonstrated belief and commitment to the organization.

The authors finish the article stating, “It’s the employees who can put together the total package – aspiration, ability and engagement that have the highest potential of rising to your organization’s key leadership roles and succeed in them.”  So what does science say?

In late 2016, HBR published an article written by Tomas Chamorro-Premuzic (TC-P) entitled, “What Does Science Tell Us About Leadership Potential”. The author begins by stating the problem, “Although the scientific study of leadership is well established, its key discoveries are unfamiliar to most people, including an alarmingly large proportion of those in charge of evaluating and selecting leaders.” TC-P then proposes, “Part of the problem is that many widely held beliefs about leadership are incongruent with the scientific evidence……some people have a much higher probability of becoming leaders, regardless of the context, and this probability can be precisely quantified with robust psychological tools.”  The article identifies eight critical findings relative to the measurement of leadership potential.

• Who becomes a leader?

• What are the key qualities of effective leadership?

• How will the person lead?

• Are leaders born or made?

• What is the role of culture?

• How early can we predict potential?

• Why do leaders derail

He ends with an interesting observation, “….the specific skills and qualities that enable leaders and their groups to adapt to the world are certainly somewhat context dependent. For example, just as physical strength mattered more, and intellectual ability less, in the past, it is conceivable that human differentiators such as curiosity, empathy, and creativity will become more important in a world of ever-growing technological dependence and ubiquitous artificial intelligence.”  Curiosity, Empathy and Creativity, I like that!  Soft skills for a changing world.

So, whose potential are we looking at?  Millennials!  But we must also consider the critical need for organizations to establish relationships between millennials and those who currently lead. The reality is the future of any viable organization will be dependent upon these relationships.  Perhaps it is the potential to create great relationships we should really consider.  Let’s consider a few interesting pieces of information contained in two articles; Jeff Green’s Bloomberg BusinessWeek’s post, “As Boomer’s Retire, Companies Prepare Millennials for Leadership Roles and Josh Wright’s Millennials, Gen Xers, Baby Boomers: A Snapshot of the American Workforce

• Baby Boomers (my generation) are reaching retirement age retiring at the rate of 10,000/day.

• Until last year, boomers made up the largest portion of the U.S. population, and Generation X represented the biggest share of the workforce

• Gen Xers show up prominently in middle and senior management positions, and not just in retail or office positions. Their presence in tech, finance, and construction indicate that they hold important roles across sectors.  It’s not a stretch to say that gen Xers, most of whom are in their peak-earning years, serve as the lifeblood for many organizations.

• “In the next 10 to 15 years, we’re going to have the greatest transfer of knowledge that’s ever taken place.  An effective way to handle the shift is for a company to create relationships between the generations.”

The article ends with a “Bottom line” statement, “ Companies that don’t plan for generational management shifts risk falling behind and losing out to their competitors.”

So we understand what Leadership Potential means, what science tells us, and how we will need to prepare those with potential to take over critical leadership roles.  But let’s end by considering something we can do to grow our leadership potential, because each of us, no matter where we are in life;  from an age perspective, a gender perspective, an ethnic perspective or a career perspective have the potential to lead.  Michelle McQuaid’’s HUFFPOST contribution entitled, “Three Ways to Grow Your Leadership Potential”  includes an interview with Professor Susan Ashford, a leading researcher on Organizational Management from the University of Michigan.  Early in the interview she shares a powerful idea.  Finding our Leadership Potential, “ is a mindset to be open to learning from your experiences – the good, the bad, and everything in between.” She continues, and here is a critical idea…”Leadership is about influencing people and processes to accomplish a collective goal.  So you can develop your leadership potential, no matter what your current role is, by considering how you can influence and contribute more to your organization”.

Enough said, hit the office Monday with a new mindset, “How can I influence and contribute more to my organization this week!”  I look forward to hearing how it goes.