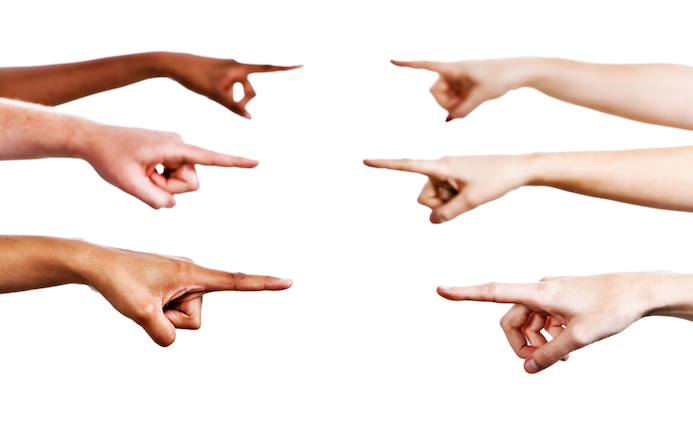 Upon waking Saturday morning, I pursued my common ritual of making coffee and grabbing the morning paper.  Opening it I was greeted with the headline, “US Government Shutdown Begins”.  During the day I read some on-line posts, and listened to various news commentators representing both the left and right perspectives. Saturday evening I had the opportunity to engage in a lively discussion at a local gathering spot.  It would seem that everyone wants to hold someone else accountable for this dysfunctional event. Republicans are pointing fingers at the Democrats, Democrats resemble a mirror as they lay blame at the feet of the Republicans.  Many others point to the President, citing a failure in leadership.  He in turn blames the legislative branch.  The buck is being passed and it would seem that there is plenty of blame to go around, but let’s not forget who elected our congress, senate and president.  Each of us are also accountable!

What does it mean to be accountable?  The Cambridge-English Dictionary defines “Accountable” as being, “responsible for and having to explain you actions”.  The Oxford Living Dictionary adds the concept of ”justify” to its definition; “accountability is being required or expected to justify actions or decisions.”  This week let’s consider the idea of accountability from three perspective, that of the leader, from a collegial perspective, and perhaps most important, personal accountability.

I’m going to date myself. When I think of “Leadership Accountability” my first thoughts return to our 33rd President of the United States, Harry Truman, who made one of the most difficult decisions ever made by any President; the decision to use a nuclear weapon.  His administration (1945-1953) led a difficult post war period filled with many difficult and significant decisions.  A plaque on Truman’s desk read, “ The Buck Stops Here”.  In his farewell speech to the American people he said, “The President—whoever he is—has to decide. He can’t pass the buck to anybody. No one else can do the deciding for him. That’s his job.”  However, I believe that Leadership Accountability is about more than making decisions, and its more than holding others accountable for their responsibilities.  It’s about helping others in an organization unlock their potential and become better. How? Through Servant Leadership!  Writing in Talentculture.com, Art Barker, CEO and cultural architect of Datron World Communications shares, “In business, accountability is often viewed as meeting quarterly goals, and other activities designed to maximize returns for stakeholders and shareholders. But there is another, deeper view of business accountability. It’s when you look at yourself in the mirror in the morning and, as uncomfortable as it may be, hold yourself accountable for your behavior and how your actions impact others. As servant leaders, we are held accountable for our behavior.”  HIs post, Servant Leadership: Real Accountability Is Investing in People’s Lives proposes that leaders need to accept accountability for helping others in their organization to live better lives.  Barker believes that leaders who demonstrate accountability through their behavior find meaning and purpose in what they do, and also find their leadership motives more aligned to help others which ultimately serves the interests of the entire organization.  This certainly puts a positive framing on holding someone accountable, and it is also a positive approach that can be used to develop accountability within the team.

• In the weakest teams there is no accountability.

• In mediocre teams, bosses are the source of accountability.

• In high performance teams, co-workers manage the vast majority of performance problems with one another.

This is not something that just happens. A “Culture of Universal Accountability” must be created.  Some strategies include:

1 Setting Expectations:  Assure that all team members know up front that there is an expectation that they will hold themselves and others on the team accountable.

3 Model it:  Demonstrate the ability to have a crucial conversation and most important of all, never gripe about your own peers – you lose the moral authority to expect the same form them.

4 Teach it:  Codify the skills necessary for having a crucial conversation and teach them during staff meetings.  The best examples will reflect events that may have recently transpired in the organization.  Let co-workers who demonstrated this skill shine.

5 “Set an “It Takes Two to Escalate” policy:  Co-workers must agree that an issue cannot be resolved at their level before both bring it to the next level.

Organizations that strive to create team cultures wherein co-workers address concerns immediately, directly and respectfully will find great levels of engagement, retention, and performance.  So, how can we be sure that we are accountable not only to our colleagues, but to the person we see in the mirror everyday?

Todd Smith, an entrepreneur and founder of “Little Things Matter” considers that question in his post, Personal Accountability – A Requirement for Life Advancement.   Smith believes that when you take 100% responsibility for holding yourself accountable, every area of your life will flourish.  He shares a mindset he adopted 25 years ago, “It is up to me and no one else to make sure I am doing what I should be doing.”   His post identifies the three areas in which he believes you must hold yourself accountable:

1 Your Actions and Your Choices

◦ How you allocate your time

◦ How you eat and care for yourself

◦ Doing things you agreed upon doing (Following through)

He concludes by sharing, “Holding yourself accountable is nothing more than following through with YOUR commitments and responsibilities.  It’s doing what YOU know YOU should do, when YOU should do it.  Sounds to me that personal accountability is about doing things, BECAUSE I SAID I WOULD!

Have a great week and Embrace the Challenge.