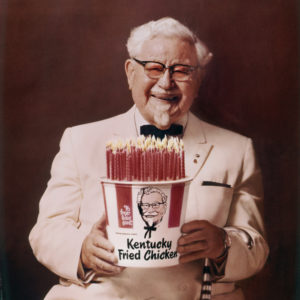 “There is nothing better in life
than being a late bloomer.
I believe that success can happen
at any time and at any age.”
– Selma Hayek

You know, I don’t really listen to the radio, and I’m not really current on the music scene, but I’m certain that this song is in this week’s top ten.  Does it bring back memories?  Do you remember making the walk across the stage to receive your diploma(s)?   Some of you have even had the pleasure (and heartache) many years later, sitting in the audience as your children or grandchildren walked across that stage.   I had the opportunity to hear it multiple times as a student and later as a school administrator.  I vividly remember the faces of those whom I congratulated as I handed them their diploma.  Their eyes were bright and the smiles genuine.  They were now a graduate and the world was their oyster. No less is true today. Over the next month, countless thousands of high school and college seniors will receive a diploma signaling their readiness to commence on their next journey.  Expectations will be high.  The young seeds that were planted so many years ago and nurtured by parents, friends, faculty, and so many others have grown and are now ready to bloom, or are they?

I recently had the opportunity to listen to a Wharton podcast featuring Forbes publisher and columnist Rich Karlgaard, author of the new book, Late Bloomers: The Power of Patience in a World Obsessed with Early Achievement. Karlgaard considers himself one of these people – a late bloomer, and his book examines those for whom success has come later in life.

He makes the case that we have become a culture obsessed with early achievement that is expected to pave the way for future success.  He acknowledges that while there are distinct benefits to early achievement, be they in the classroom, on the athletic field, or through stage or musical performance, success puts an incredible amount of pressure on younger individuals who probably don’t needand are not ready for that level of stress   ( “When you step back and look at some of the issues that students and teens and young adults are grappling with today, you see the rising rates of anxiety, depression and, tragically, suicide — they’re all going up.  The pathway of getting onto the conveyor belt to early success clearly does not work for everybody, and it causes a lot of harm for many.”).  Karlgaard believes that while we can certainly celebrate those for whom success comes early, we need to remember that early achievement and success are not defining moments for all.  The journey to success is different for each person.

Karlgaard spent five years researching his book because he wanted it to be defensible by science and research.  Within the book he cites a 2015 MIT study led by Harvard’s Laura Germine and MIT’s Joshua Hartshorne in which they asked, “At what age do our cognitive abilities peak?”  Surprisingly they found that there is no one age or decade in which this happens, rather certain “cognitive intelligences” peak at different points in time. Their research revealed that peak mental processing speed and working memory occurs, as expected, in late teens early 20s and early 30’s, and then declines slowly over time.  But then in our 30’s and 40’s we begin to develop a whole range of skills we didn’t have before: executive functioning, management skills, compassion, empathy and equanimity to name a few.  Social cognition, the ability to detect others’ emotions, peaks even later in the 40’s and into the 50’s — and doesn’t start to significantly decline until after 60. Wisdom, and the ability to share it effectively really begins to kick in in our 50’s, 60’s and 70’s.

So what does all this mean?  Each of us bloom, but in our own time. Remember, Laura Ingalls Wilder (Little House on the Prairie) wasn’t published until she was 63, Bill Walsh was 45 when he landed his first pro coaching job in the NFL, Ray Kroc was 59 when he developed guidelines for a chain of restaurants called McDonald’s, Arlan Sanders cashed his social security check to use as seed money for a project that would become known as Kentucky Fried Chicken and Julia Child, the first TV cooking star, debuted at age 50.  They all pursued a journey with many stops prior to finding their success. You see, it was their journey that enabled the success.

Constantine P Cavafy’s unique style has enabled him to be considered among the most important figures in Greek and Western poetry.  His most important poems were written after his fortieth birthday, and officially published two years after his death.  Among them was “Ithaka”, a poem that reminds us that the journey is more important than the destination.  As we set sail, or continue on this trip called life, we will encounter many ports of call. It will be through the journey that we discover our respective treasures.  I hope you enjoy your trip as much as I have mine.

Ithaka
As you set out for Ithaka
hope the voyage is a long one,
full of adventure, full of discovery.
Laistrygonians and Cyclops,
angry Poseidon — don’t be afraid of them:
you’ll never find things like that on your way
as long as you keep your thoughts raised high,
as long as a rare excitement
stirs your spirit and your body.
Laistrygonians and Cyclops,
wild Poseidon — you won’t encounter them
unless you bring them along inside your soul,
unless your soul sets them up in front of you.

Hope the voyage is a long one.
May there be many a summer morning when,
with what pleasure, what joy,
you come into harbors seen for the first time;
may you stop at Phoenician trading stations
to buy fine things,
mother of pearl and coral, amber and ebony,
sensual perfume of every kind —
as many sensual perfumes as you can;
and may you visit many Egyptian cities
to gather stores of knowledge from their scholars.

Keep Ithaka always in your mind.
Arriving there is what you are destined for.
But do not hurry the journey at all.
Better if it lasts for years,
so you are old by the time you reach the island,
wealthy with all you have gained on the way,
not expecting Ithaka to make you rich.

Ithaka gave you the marvelous journey.
Without her you would not have set out.
She has nothing left to give you now.

And if you find her poor, Ithaka won’t have fooled you.
Wise as you will have become, so full of experience,
you will have understood by then what these Ithakas mean.