How was your week? Did you try to give out compliments? I mentally noted people’s reaction. Some where surprised and one was even a bit taken back, however I did notice one common reaction – a smile! Don’t let it be an experiment anymore. Make it a part of your life. Embrace the Challenge!

What a beautiful weekend. It was the perfect and needed end to a tumultuous week; one which left many rejoicing at the election of our president-elect, Donald Trump. Likewise, many others were devastated by Hillary Clinton’s loss in what appeared to be the election of our first female president. And let us not forget those who could not support either candidate. As my one neighbor said, “ We’ll get through this together. We always have”

On Saturday morning I found an interesting perspective on the election and what the authors refer to as the “anger” that drove it. In a New York Times, Op-Ed printed on November 4 (four days prior to the election), Arthur Brooks of the American Enterprise Institute and the Dalai Lama, Tenzin Gyatso, propose that a feeling of individual uselessness (not being needed) permeates the populations of many of the world’s wealthiest nations, creating a sense of uneasiness about the future; one that that borders on hopelessness. In the United States, this created a simmering discontent that factored into the election.

Their proposal for solving this dilemma is interesting, I’ll let you discover it. 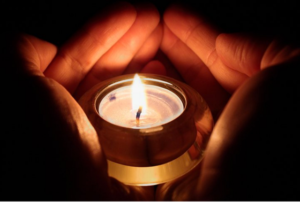 Saturday evening I lit the fireplace for the first time this season. While enjoying the warmth of the fire, I came across an interesting article entitled, “How to Release the Innovator Inside of You”. The author asks us to consider three ideas; be willing to explore the unknown, understand and appreciate the struggles of others (demonstrate empathy) and visualize the solution in an ideal world, I found it interesting that yet another writer touches on the importance of empathy as a component of innovative leadership.

Again, if you have a colleague, friend or family member you think would enjoy these mailings, please give me their email address. Since last week, we’ve added 15 new members to our group. I love the one response I received from RB, “Always consider myself a lifelong learner. Keep them coming.”.

Have a great week and Embrace the Challenge,