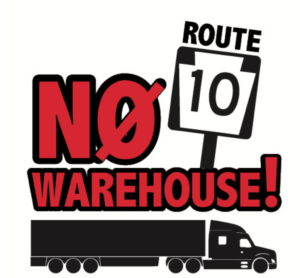 The opening track on the Beetle’s 1969 release, Abbey Road is entitled, “Come Together”.  Written by John Lennon, the song was conceived as a sign of Lennon’s political support for the writer, psychologist and pro-drugs activist Timothy Leary in his bid to stand against Ronald Reagan as Governor of California.  The song was to be a rallying cry for people to come together in support of Leary’s campaign.  History tells us that the song and the album enjoyed much more success than Leary’s campaign, which ended shortly after his arrest for cannabis possession.

Over the past few weeks, I’ve had the opportunity to come together, if you will, with concerned neighbors and many others who have recently been made aware of a proposed 750,000 + square foot warehouse/distribution center to be erected immediately adjacent to a planned community that serves as the primary residential development in our township.  As you can imagine, there is substantial push-back by residents and some local businesses.  Concerns include, but are not limited to, previously approved zoning decisions, increased traffic volume, environmental impact, noise and light pollution and general safety issues.  However, a remarkable thing is happening, people are coming together, working together and no one gives a damn about political affiliations, ethnicity, religion or any of the other roadblocks that so often get in the way.

Two weeks ago I began my blog, Bigger than Yourself with a quote from Norman Vincent Peale, “The more you lose yourself in something bigger than yourself, the more energy you will have.”  It’s true!  Over the past few weeks I have marveled at how people have come together in support of this unique cause.  In this short period of time,  a logo has appeared, a webpage created, and an attorney contracted.  Productive meetings are happening and positive emails containing productive thoughts fill my inbox daily.  Recently the developer sponsored an open-house designed to inform and enlighten.  While almost all those present were against this project, not once did I hear a negative slur, a loud accusation or threat.  It seemed that everyone, on both sides of this issue had embraced Covey’s 5th habit, “Seek first to understand and then be understood.”

I have no idea what the outcome will be for this particular issue.  I’m hopeful that those on the Planning Commission and the Township Supervisors will listen to the residents and work with the Developer in finding a more appropriate site for this project.  However, regardless of the outcome, this initiative has demonstrated that people can put labels, affiliations and the like aside and come together, work collaboratively and seek better outcomes.  Margaret Mead was right, “Never doubt that a small group of thoughtful, committed citizens can change the world; indeed, it’s the only thing that ever has.”  We might not be changing the world, but you have to start somewhere!