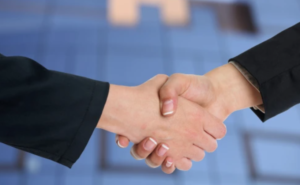 “Words are the building blocks of our existence,
they reflect the integrity of their creator.”

I think it was 34 years ago this month that we made the purchase.  I had always admired the property.  It was on a corner lot with a large yard, a deck that wrapped around the house and a stream running through the back of the property.  However, its best feature was the location.  Standing on the front lawn, it looked to be about 200 yards to the pin (It’s actually 227).  I would have to carry a retention pond and some scrub grass.  But if I hit it well, I could put it on the 11th green.  I remember my father-in-law teeing up a few balls on his first visit to our new home; I think he approved!

We knew the owners, they were interested in selling the house privately, and I knew I could get the mortgage.  I suggested they have their attorney prepare a sales agreement.  They smiled and said, “We don’t have a lawyer.”  We discussed it further and they were agreeable to having my attorney draft the document.  Then came the moment I will never forget, I asked, “Clair, is 10%  acceptable as down money ?”  He looked at me and said, “For what?”  Smiling, I said, “As a guarantee that I will follow through on the purchase.”  He looked at me and said, “We shook hands on it and I have your word, I don’t need anything else!”

I have your word!  What made those words and that moment so powerful was a memory it stirred.  Harry (my father) was a WWII Veteran who enlisted soon after the war began.  He was part of the “Greatest Generation”, and it was the influence of his father (Harry Sr.) a WWI Veteran, and my father’s own personal military experiences, that cemented the importance of keeping your word.  The memory was a conversation following my failure to follow-through on a commitment made to my parents.  I remember it vividly, he wasn’t angry, he simply said, “We need to talk!”  We went out on the porch, sat down and he said, “Rick, your mother and I are very disappointed.  We took you at your word, and you let us down.”  I responded, “I’m sorry!”  He acknowledged my apology and continued, “Moving forward, never forget this, Your word is your honor.  It speaks to who you are and to your integrity.  Absent that, you have nothing.”  The phrase, My word is my honor, now stands as one of my core values.

You have my word!  What a powerful statement, especially at a time when trust is in short supply and high demand.   Frank Sonnenburg, author of Follow Your Conscience  writes, “There was a time when keeping your word held special significance. We took great pride in being of good character. Personal integrity was both expected and valued. That was a time when everyone knew each other’s family, and you wouldn’t do anything that would cast a shadow on your family’s good name. It was a time when integrity was instilled in children at a very early age and was viewed as instrumental in achieving success.”  Some will say those were simpler times and yes, times have changed, but the importance of integrity has not.  When we fail to keep our word, be it a simple promise, a business agreement or a sworn oath, our integrity and credibility are damaged, in many cases, beyond repair.

Our words have power.  They serve as the basis for almost every social interaction we have, and become the building blocks upon which relationships take seed, develop and mature.  When we give our word, we make a solemn promise that speaks to our integrity; and as Harry said, WIthout that, you have nothing!

MY WORD IS MY HONOR !