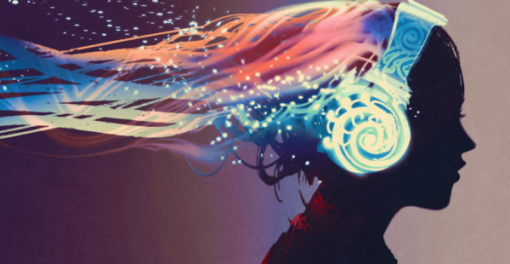 “Imagination is the beginning of creation.

You imagine what you desire, you will what you

imagine, and at last you create what you will!”

This past Friday I had the opportunity to attend the Berks Fire Water and Restoration Factory’s (BFWR) Annual Open House.  BFWR is a full-service restoration company that has a sharp focus on effective interactions with insurance companies and the highest levels of customer satisfaction. Run by Ted and Lisa Lavender, the firm also has the distinction to serve as The Restoration Technical Institute, an organization that provides Knowledge, Passion, & Inspiration to restoration and insurance professionals nationwide.  So what does this have to do with imagination?  Beyond the fact that BFWR is on the cutting edge of its industry and using imagination as a means to drive continuous improvement, Friday evening’s open house had a Willy Wonka and the Chocolate Factory based theme.  In addition to ample food and drink, Ted and Lisa were dressed to resemble Willy Wonka, while many of the employee’s children were costumed in a manner similar to the Oompa-Loompas who worked in the Chocolate Factory.  As I walked in I could hear the words, “Come with me and you will be in a world of pure imagination.  Take a look and you will see into your imagination.”

The Lavendars like other successful business leaders understand that the survival of any organization is to be found in its vision for the future.  We live in an era of unprecedented change, and success will only continue for those who are creative and imaginary in planning their organization’s strategies for the future.  This fact is reinforced by Joseph Pistrui’s, HBR Post, The Future of Human Work Is Imagination, Creativity and Strategy.  Pistrui begins with what some might call the bad news, but it represents reality.  He shares that research and numerous surveys reveal that technology will replace the people holding many jobs.  Knowledge workers will not escape.  Estimates reveal that there will be significant impact in the banking, finance, accounting and legal industries.  Elon Musk states that the machine-over-mankind threat is humanity’s “biggest existential threat”.  What is important now is for business leaders to avoid the catastrophic mistake of ignoring how this change will impact people.  Pistrui proposes four considerations:

• The Wizard of Oz is the Wrong Model:  The CEO will not be the wizard who sheds the costs associated with labor in favor of machines.  The point of technology is to boost productivity, not cut the workforce.  Business leaders must remember that for every robot we put out there, someone will need to maintain and service it.

• Humans are Strategic; Machines are Tactical:  Studies have concluded that the more technical the work, the more technology can accomplish it.  Bottom line, machines skew toward the tactical.  Work that requires a high degree of imagination, creativity, strategic- thinking and emotional intelligence is hard to automate.  Technology is great at optimizing, but not so great at goal-setting, empathizing, reading behaviors or even using common sense.

• Integrating New Technology is About Using Emotions:  We must remember that jobs provide both material comfort and psychological gratification.  When these disappear, people become upset.  Visionary leaders will realize that there are two challenges to be met: (1) How to integrate the new technology into the workflow and equally important, (2) How to cope with feelings that the new technology is the enemy.  Failure to deal with both will result in a workplace filled with anxiety and anger.

• Rethink What Your Workforce Can Do:  We need to remember that technology can replace the work people do, but it does not have to replace the people.  This may be the perfect opportunity to rethink the shape and character of your workforce, one emphasizing human capacities that provide a renewed strategy for success that is both technological and human.

Pistrui concludes by putting the ball back in our court.  He shares, “Technology is a tool, one that leaders can use as they see fit……..a computer will not unemploy you, a robot will not unemploy you, it will be the companies that have those technologies that make the social policies and set the social policies that will change the workforce.” So the decisions regarding how we use technology are ours.  That being said, it would seem that those decisions have the potential to lead us into a new era, into the Age of Imagination.

“In many ways the future is unpredictable.  Sixty-five percent of the jobs elementary school students will be doing in the future do not even exist yet.  The increased use of technological automation combined with the disappearance of traditional jobs leaves us with a critical question:  How can we survive such a world?  The answer may be imagination!”  Raya Bidshari’s November 17th post in SingularityHub.com, “ How Technology is Leading Us Into the Imagination Age” considers the work of Rita King, EVP at Science House and a Futurist at the National Institute of Aerospace.  King suggests that we are entering the Imagination Age, a theoretical period beyond the Information Age where creativity and imagination become the primary drivers of economic value.  This phenomena is created by technological trends that increase the demand for user-generated content and creativity, and automation that removes monotonous and routine jobs leaving those that are higher-ordered and creative.  She  then proposes that the Information Age will enable us to collectively imagine and create a future that we will want to inhabit.  King also believes that this new era will give rise to an information economy where logical and rational thinking will be outsourced and  intuitive and creative thinking will create economic value.  “No Way!” you say?  Supporting evidence is cited by Michael Cox’s recent study, “ The Imagination Age: America’s Fourth Wave of Economic Progress”.  Cox writes, “It’s clear the the occupations associated with Imagination Age attributes will offer better opportunities and pay.  Recognizing that creativity and imagination are collaborative exercises, people skills and emotional intelligence will emerge as assets.

So how do we prepare those elementary school children?  King believes schools must shift their focus from grades and content knowledge to 21st Century Survival Skills.  She cites Tony Wagner’s work, “7 Critical Skills for the Jobs of the Future”  that identify the following as critical skills for the Imagination Economy:

2 Collabortion Across Networks and Leading by Influence

That a lot to think about. so let’s end simply.  I began with a lyric, “Come with me and you will be in a world of pure imagination.  Take a look and you will see into your imagination.”   Let me end with a quote from the Prime Minister of Dubai, “The future belongs to those who can imagine it, design it and execute it.  It’s not something you await, but rather create!”

Imagine that, the opportunity to create a better world, one free of disease, poverty, crime, tyranny, discrimination and oppression.  Now there’s a challenge to be embraced!  Have a great week and Embrace the Challenge