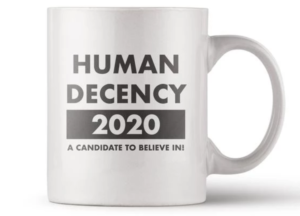 In the 1960’s, soon after the successful Russian  launch of a satellite that was able to orbit the earth (Sputnik – 1957), American grade schools implemented a new approach to teaching mathematics that became known as “New Math”.  The initiative was a reaction to the Russians beating us into space and was designed to bolster American children’s skills in mathematics and science. Parents and teachers complained that the new approach was too far outside of students’ ordinary experience and compromised the time used to develop basic mathematical skills.  In the end it was concluded that the approach was not working and it fell out of favor by the end of the decade. Recently I was made aware that a New Math approach has returned, but it is not being used in schools.  Rather, it is becoming evident in some businesses, and this time the approach is receiving high marks. Maybe you’re familiar with it;
IQ + EQ + DQ = TTL

Bill Boulding is dean of Duke University’s Fuqua School of Business.  In this month’s HBR, he considers the idea of Triple Threat Leadership (TTL) in his post, “For Leaders, Decency is Just as Important as Intelligence”.  He reminds us that we have never lived in an era so filled with change.  Regardless of the nature of our organization; a for-profit business, a non-profit philanthropic, a governmental agency, or a local school district, the changing nature of leadership necessitates a new framework for the way we think about it.  Today’s leaders are no longer faced with problems that must be solved, instead they are provided with opportunities for creativity. Problems now become the “Springboard” which launch the collaborative actions that foster innovation and make a difference in local communities, larger cities, nations, and the world.  This “Transformational Leadership approach demands leadership that can bring people together to work toward a common goal – an approach that necessitates the living embodiment of three traits; Intelligence (IQ), Emotional Understanding (EQ) and Decency (DQ):

Boulding believes that by adding Decency to Intellectual Intelligence and Emotional Intelligence we create, what he refers to as, “Triple Threat Leadership (TTL).  This type of leadership provides a distinct competitive advantage in an ugly, polarized world where divisive talk fills the air. Considering that It is no longer possible for organizations to expect employees to check their emotions at the door, Triple Threat Leaders use their EQ to understand how the outside environment is penetrating the workplace and then use this information to instill a sense of common purpose and shared purpose while at work.  As Simon Senek would say, “they create a “Circle of Safety”.  By doing so, the leader makes it clear that the best interests of the staff are a priority and that he/she “has their back”  People want to work for decent people, and they will give those leaders their loyalty and best effort in the workplace.  In these environments, workforce retention is not an issue. Decency is, at its core, a moral obligation, but as seen here, it can also be a key to a winning business strategy.

Our world desperately needs a formula to help it heal.  Decency is a critical component of a successful formula which enable people who are very different in background, beliefs, and talents to come together with a common purpose.  “Decency can become the healing force our world so badly needs. It can be the model for how people who are very different come together to work with common purpose. It can demonstrate respect and caring that transcends difference and polarization. It can solve some of the world’s toughest problems by uniting people to find solutions.”  It simply takes a little effort. I think this is a new math that we can all agree on: IQ + EQ + DQ = TTL. What do we have to lose?