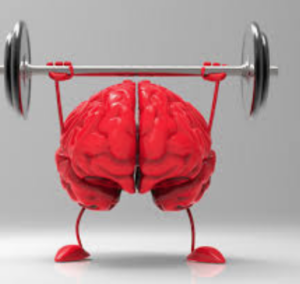 “To exist is to change, to change is to mature, to mature is to go on creating oneself endlessly.”

Each year, Clint Eastwood hosts the 3M Celebrity Challenge at Pebble Beach Golf Links.  Two years ago, country superstar Toby Keith was lucky enough to share a golf cart with the Hollywood legend.  Keith recounts a discussion during which the 88 year old Eastwood shared that he would soon begin work on a new movie entitled, The Mule.  The Eastwood-directed and starring film, is based on the true story of a WWII veteran in his 90s who takes a job as a courier for a Mexican drug cartel.  Struck by Eastwood’s relentless energy at an age when many are content to sit and reflect, Keith asked how he keeps going.  Eastwood replied, “I just get up every morning and go out, and I don’t let the old man in!”   Keith would later put music to that comment and create a song that, to his surprise, became part of the movie’s soundtrack.

Two things strike me about that encounter, the first being the idea of, “an age when many are content to sit and reflect.”  It proposes that there comes a time in our life when we stop considering the future (even though it may be limited in time) and our focus becomes the past and its associated memories and learnings.  The second is Eastwood’s comment, “I don’t let the old man in”, which I see as future oriented; even at 88 years of age he still has goals to be accomplished.  For me that’s an inspiration.  While he does have a few years on me, 70 is not far away and my personal challenge now becomes, how can I balance reflecting on the past while setting goals for the future?  I believe the answer is to be found through fitness, but not the type pursued in the gym.

Like many others, one of my greatest fears is the potential loss of memory and mental sharpness that comes with age.  In the worst-case scenario, I could end up with Alzheimer’s disease, for which there are no proven treatments.  That fear has been driven by the belief that our brain diminishes with age.  Nothing is further from the truth.  The reality is that neurons, the basic cells that allow information transfer to support the brain’s computing power, do not have to die off as we get older. In fact, a number of regions of the brain, important to functions such as motor behavior and memory, can actually expand their complement of neurons as we age.  This process, called neurogenesis, is the subject of Roderick Gilkey and Clint Kilts HBR post, “Cognitive Fitness”.

Gilkey and Gill propose that the process of neurogenesis is directly related to how we live our life; that the health of our brain isn’t just the product of genetics and early life experiences, but also reflects our adult experiences and the choices we make.  Advances in neuroscience suggest that there is no reason that the brain at 60 plus years of age can’t still be as competent, if not more so, than it was at 25.  Even more significant, there is a regimen we can pursue that will not only maintain, but build mental capacity as we age.   How is this accomplished?  Through the pursuit of cognitive fitness—a state of optimized ability to reason, remember, learn, plan, and adapt that is enhanced by certain attitudes, lifestyle choices, and exercises.  What’s that you said, “Tell me more, tell me more!”  With pleasure!

Drawing selectively from neuroscience research and well-established research in psychology and other mental health fields, Gikey and Gill have identified four steps they believe capture some key opportunities for maintaining an engaged, creative brain.

Cognitive fitness can affect every part of our life, but it’s greatest impact may be the quality of our life.  The research is clear that aging, in and of itself, is not the reason for cognitive decline.  Similar to our bodies, a regimen of exercise can enable us to maintain a level of cognitive fitness till our dying day.  My choice has been, and will continue to be simple, exercise for the body and exercise for the mind; I don’t plan to let the old man in!